Weddings around the world are events wrapped in traditions. Something that someone once thought was cool or cute because taken up by so many people that it became a tradition and now we go through these weird rituals because that’s what’s always been done. Fortunately, some have evolved over the years, and others continue to change. So, if some of your older relatives are a little baffled that you want an Indian wedding in Phuket, here’s a list of some of the old traditions that have become new ones, to show how times they are a-changing.

The classic sweets have been an essential gift for guests for generations, but they are increasingly being replaced with more modern (and often healthier) favours. They make for a more meaningful and lasting gift, to remind everyone of how much they enjoyed celebrating your big day with you for years to come, instead of just the few months it takes to lose all the weight they gained in the process!

There are still plenty of brides who’ll arrive at their Indian wedding in Phuket in vibrant red, and that’s not a tradition that’s ever likely to die completely. However, there are also plenty who have followed fashion trends towards softer colours, like pretty links and lovely lilacs and even pristine whites. Despite being less colourful, they’re no less striking.

The vows are now more than just the saat pheras

While the eternal Indian vows are still an essential element of an Indian wedding in Phuket, couples are increasingly adding a bit of personalisation. This often includes summarising their relationship and maybe a few personal vows, like promising to never go to bed angry at each other or always leaving the last slice of pizza for their loved one. It adds a bit of levity to one of the most serious (and traditional) parts of the day.

This one’s especially relevant if you’re planning an Indian wedding in Phuket since there will inevitably be fewer people who can afford the time off work, the flight and the hotel to come and join you. Thankfully, your social status is no longer dictated by how many hundreds of people attend your wedding. Instead, the trend is towards more intimate events with only the precious few people in your life. It makes things a lot cheaper, too!

What You Need to Know When Hiring a Wedding Photographer

What Are The Latest Indian Wedding Trends? 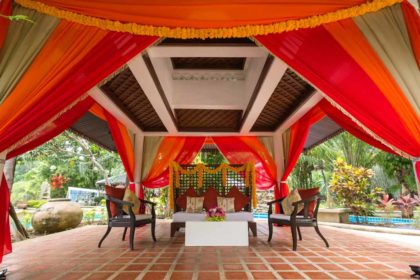 What to Expect at an Indian Wedding 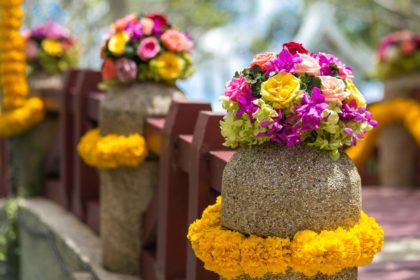 5 Tips for Planning an Indian Wedding